India is going through a mixed run of form in current India vs England T20I series as they trail England 2-1. They need to see a quick change in fortune with only two matches left to win the India vs England T20 series. Most players from the Indian camp do not seem to perform adequately and they are trying different combinations to judge the perfect team before the T20 World Cup. But it is good news for India as captain Virat Kohli has found his blazing form back after two consecutive half-centuries. Ishan Kishan can be his partner in crime since he can be a huge match-winner like he showed in the 2nd T20.

The dew factor has predominantly helped the second batting team making chase easier. Both teams have won while chasing in as seen in the India vs England T20I series. Humidity persists during the time of the match. Temperatures are quite high due to the dryness and season ranging from 29°C-33°C. Mild winds will be blowing now and then, which has an immense effect on the turn of the ball. More news on India vs England live match updates.

The green patches on the pitch along with the dryness have helped pacers. They have produced vicious pace, bounce, and swing mainly in the first innings. Mark Wood’s bowling is an example in India vs England 2nd T20. Fast outfields have helped in the flow of runs during the chase. Leg spinners had help from the pitch too. More highlights on the pitch at India vs England live match updates. 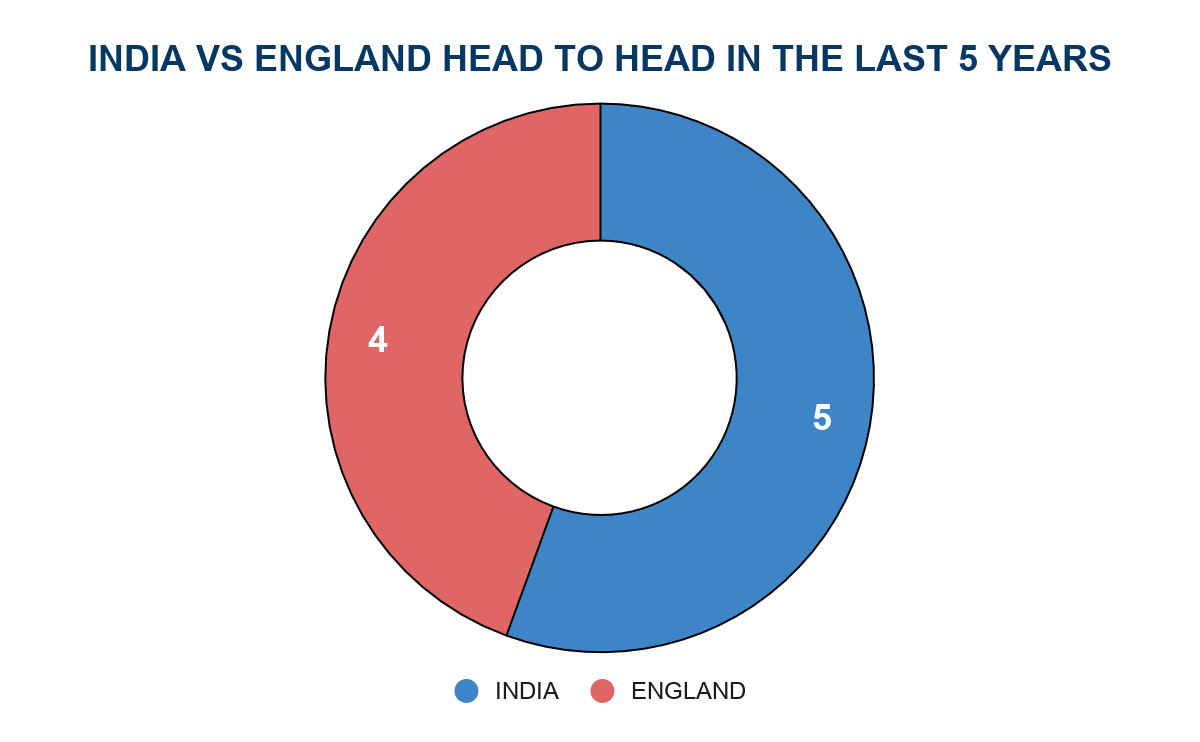 Jos Buttler showed how good a batsman he is in third India vs England T20. He scored a fierce 83 off 52 which helped them win the match that can be followed on the India vs England scorecard. Though Rohit Sharmaa came back, he could not perform well which was unexpected. KL Rahul’s bad run of form continued and must be replaced and Suryakumar Yadav should be given a chance. Ishan Kishan can be a stable opener alongside Rohit Sharma with Virat Kohli at number 3 for the rest of India vs England T20 series.

The bowling side did not look composed as they were giving away free runs and must have dearly felt Jasprit Bumrah’s absence. England bowlers, on the other hand, had absolute control over the Indian batsmen as only Virat Kohli survived and the others came and went early. Rishabh Pant played some cameos which can be seen in the India vs England scorecard.

With only two matches left, India should try their remaining combinations as suggested by Cricdaddy’s live match prediction. Instead of trying such a deep batting lineup, India should opt for a full-time bowler and try their luck. India has its biggest weapon as the team is filled with youth and energy. India is suffering during the powerplay overs too as they are unable to rack up runs instead of losing the majority of their batsmen.

Cricdaddy’s live match prediction says that England is likely to clinch the victory even in the 4th T20 as they would be looking to seal the victory after they lost the test series. India can only win the series if they win the remaining two matches, which can be only achieved with a composed performance like in the 2nd T20. Moreover, no one including the English boys is underestimating the talent and experience of the Virat Kohli led side since they are reputed to pull unimaginable victories out of nowhere.

The board’s decision to play in an empty stadium has been re-implemented and players are missing the energy and support.